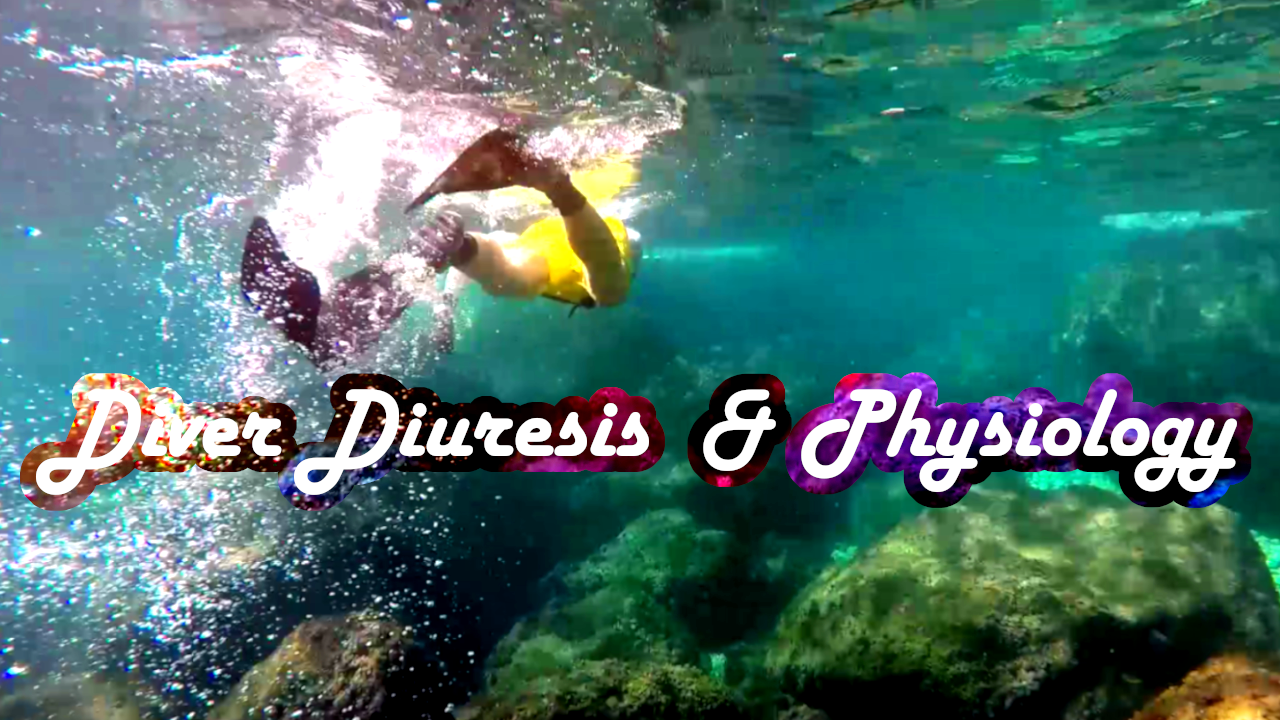 This article is about the right diet before diving, the diving diuresis and their physiology, which is related to the anatomy of the body.

There is the rule for children not to go into the water immediately after eating. This is related to the structure of the human nervous system. It is controlled by two opposing (antagonist) players. The so-called sympathetic and parasympathetic. The sympathetic nervous system adjusts the body to stress and performance situations, the digestion is reduced, the heart rate increases and the muscles are better supplied with blood.

In contrast, the parasympathetic activates the so-called “residual & digest” functions of the body. Everyone knows that everything feels lethargic after a long meal. Hormones and the blood needed for digestion make you tired and lacking elsewhere. Therefore, before dives / freediving / spearfishing, it is more likely to use carbohydrate-rich and easily digestible food. They supply the body much faster with the required energy than fats and hard-to-digest foods. Also, alcohol should be avoided before the dive, because under the influence of alcohol diving can be dangerous quickly.

Generally you can recommend to eat anything between 30- 90 minutes before the dive.

Spasm or so called cramps of the musculature are an expression of electrolyte deficiency (salts) and or dehydration. If the body is slightly dehydrated, it can be counteracted well with diluted fruit juices. These also contain electrolytes which also counteract cramps (more on that below). Magnesium and calcium are essential salts for the body to maintain a well-functioning muscle. Magnesium and calcium can be taken in the form of cheap effervescent tablets (available for 1 € in every drugstore and supermarket). Simply a glass this effervescent tabletts several hours before diving or exercise helps effectively against cramping.

The anatomy and physiology of the human body causes a well-known problem: as soon as we are in the water, an increased urge to urinate and we have to pee. Not for nothing I renounce a borrowed diving and surf wetsuit. I would like to explain to you with a little paperback physiology what this is, without taking too much of the textbooks. The so-called divers diuresis (the increased production of urine during diving) is caused by the presence of sensors in the atrium of the heart which measure the stretching of the heart.

When we are in the water, the horizontal position and the hydrostatic pressure presses on the body (see picture). Due to the fact that there is usually a lot of blood in the legs due to gravity. This blood now additionally presses on the atrium due to these two factors. Another factor is the vascular constriction, because of the coldness of the water, the blood vessels of the body contract and thus again provide for an increased pressure with constant volume in the vessels (the so-called intravascular volume).

The receptors report an increased amount of blood, which is usually absorbed by a lot of liquid (aka drinking). This signals the kidney via various hormones (messengers) to excrete water, in the form of urine, thats it: diver diuresis. Drink enough before and after the dive (diluted fruit juices contain additional electrolytes and are therefore optimal) to give the body sufficient fluid.

Also, you should avoid the consumption of coffee or black tea before diving, as they also have a diuretic effect and increase the heart rate.