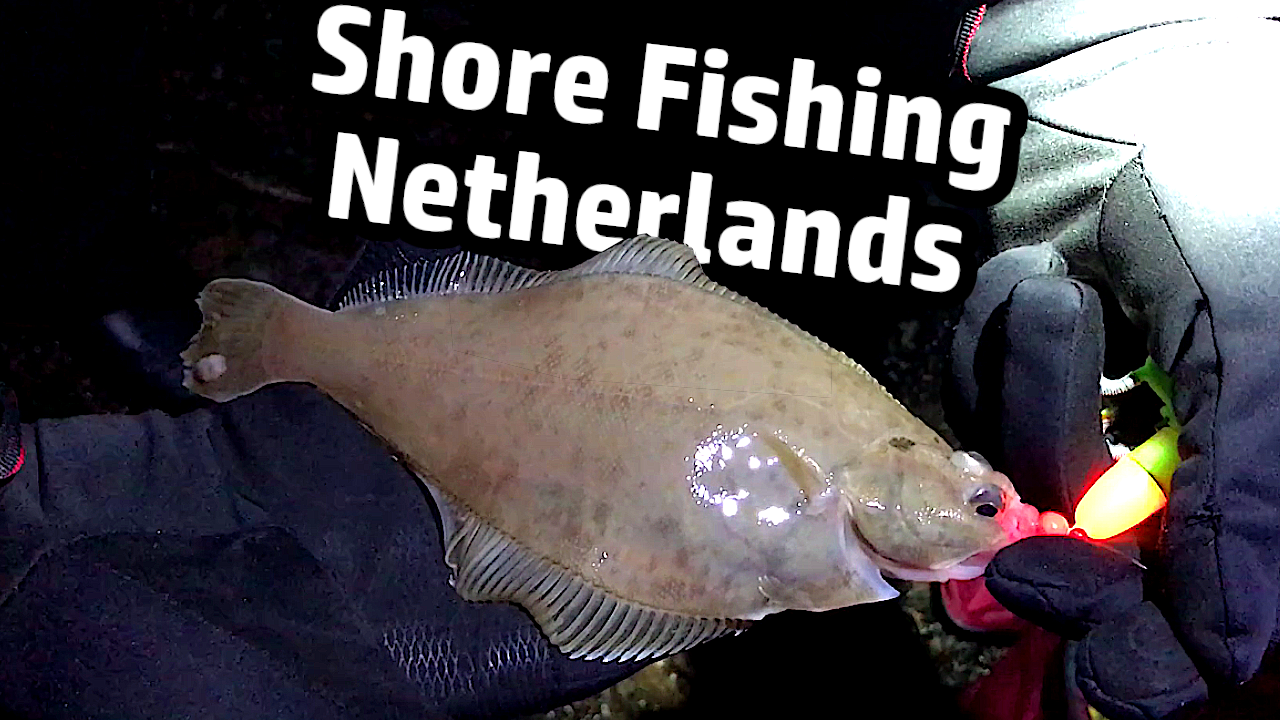 In the second year we were surf fishing in Holland. Sea fishing in the Netherlands in winter is not as easy as you might think. If you ignore a few rules you are guaranteed not to catch much. Unfortunately there is so much crap on the Internet that I would like to tell you about my own experiences, the experiences of the locals and long-time German anglers.

You read so many different theories about what time to go to the water, so I want to get rid of that. You can always catch effectively, the fish only bites better at certain times.

The rule (which the Dutch adhere to) is: 2 hours before the maximum low point to the water.

Fishing takes place 2 hours before until 2 hours after low tide.

There is a simple reason for this: with the running water, the fish come to take in the nutrients which are exposed by the running water. Second, the stone packs are exposed at low tide, there is less risk of getting stuck. You leave earlier because you still need to set up and the first bites often come an hour before low tide.

You can easily read the tides for a specific location with apps such as the Tides App.

Time when surf fishing in winter

You can catch at any time of the day, but in winter you can catch it in the evenings and at night. For unexplained reasons, the fish come close to the coast under cover of darkness. It is therefore best to check when there is ebb in the dark and go to the water exactly 2 hours before and after ebb in the dark. Unfortunately, that can also mean that you should be at the water at 5 a.m. Getting up early and staying awake is often rewarded by the fishing god.

In Holland there are two baits that are worth fishing with. Top baits for fishing in winter are the so-called Zager and Pieren. These are ringworm and the good old lugworm. Both are available in almost every fishing shop on the Dutch coast. In winter you pay € 3.50 for 100 grams of piers (lugworms) and a mere € 4.50 for 100 grams for ringworms (Zagers). For one evening and two fishing trips, you should expect 200gr bait. You get the bait wrapped in newspaper with soil. Wrapped in here, you can store them in the refrigerator for 3-4 days. After that, the lugworms in particular become limp.

We have always teased the Zager and Pieren with a bait needle. However, this later turned out to be a mistake. It is best to loop the piers over the hook 5-8 times, this creates a good bundle that magically attracts the flatfish. In addition, something often flies off the worm when it is cast, which was drawn up with the bait needle.

You can read about cod catches everywhere, but if you take a closer look, these articles are mostly from the early 2000s. Two problems mean that cod on the North Sea coast is less and less likely to come ashore: firstly, it is simply too warm. The cod only come ashore when it is freezing cold, otherwise they stay in deeper water. The second reason is sad but reality. Cod stocks have been shrinking for years. The less cod the fewer catches.
There are still quite a few flatfish and if you stick to the rules mentioned above, you will certainly catch some too. Whiting is also being caught less and less off the Dutch coast. But at least there is a chance in cold weather.

The advantage of warming is that now sea bass (which used to be caught only in summer) can now also be caught in winter.

Fishing for sea bass in Holland

For many years the sea bass has been increasingly found on Dutch coasts. The fish migrate along the coasts especially in summer and autumn looking for food. The warmer it is, the closer the fish get to the coast. You start especially on groynes washed around or in the immediate vicinity of the embankment. If you try it with the spinning rod and small shads then in muted colors like motor oil. I caught sea bass with a surf rod even more successfully. At the dam there are two very successful methods of catching sea bass : In summer you use a match rod with a casting weight of approx. 100gr, you use an 80-100gr coffin lead as a pass-through assembly, at the end a rubber stopper and swivel. Behind a 45 cm canopy with a 1 worm hook (very sharp). Now one pulls up 1 ring of ringworm with a bait nail (Zager or Pieren).

The bite of the sea bass is always the same: a short and not too strong jerk in the tip of the rod, now speed is required: it is best to strike immediately. There is usually a sea bass wriggling at the other end.

The same is true for surf fishing (best in autumn and winter), the sea bass bite on double and triple butt rigs (more inconspicuous catches better). Here, too, the bite is characteristic of the sea bass.

But be careful: there is a Holland minimum size for sea bass , as well as a bag limit: 42cm and a maximum of 2 fish per day.

Here you should absolutely adhere to the regulation, in Holland there are frequent and strict controls. And God mercy if you get caught with an undersized fish, there are fines of up to 5000 € and the equipment has been yours for a long time.

You can write entire books about surf fishing equipment. That is why I would just like to provide a brief outline here. More specific tip information can be found on many websites. Basically, it comes down to 4 important things.

Surf reels are characterized by the fact that they have a high line capacity (minimum 200 meters 0.35 mm) and the line unwinds well from the large reel when casting. It is also like always in the fishing world. If you go surf fishing once a year, a cheap reel is enough. If you go more often you should maybe spend more than 30 €. The reel is cleaned after the surf fishing by simply taking the reel with you under the warm shower. Then simply let them dry in the open air.

As always, I recommend a good entry-level role on Amazon.

As always, there are 2 camps: the monofilament line and the braided line. The braided one has the advantage that it has a higher load capacity with a smaller cord thickness. In addition, the lower stretching of the line ensures that it provides more accurate bite detection. The disadvantage, as always, is the price. Mono is good and cheap to start with! From the line thickness I would go between 0.3 and 0.4mm, depending on the lead used.

The rod holder is almost more important than the fishing rod in my opinion. We fished for 3 days without a stand and 1 day with a rod stand. After 3 days of leaning fishing against the camping chair, we were fed up. I bought a decent stand for € 50 and fishing was fun again from then on. The bite detection is much higher with a stand than without. A rod stand is an absolute must in my eyes!
As always, a well-made rod stand for surf fishing is available as a recommendation from me on Amazon

I got the following rod stand and I am very happy with it:

Two factors are decisive for the surf rod: the length and the casting weight. The length should be between 3 and 4 meters. The casting weight, depending on the water to be fished, is at least 100 to 200gr. An average of 170 grams of leads is used in Holland. Lighter leads are simply driven away by the current. You can find loads of tutorials on throwing technique and what length you should buy on YouTube. I bought my used surf rods at the flea market in Holland for € 5 each. If I had to buy new ones I would buy the following (not too cheap and not too expensive):

The assembly for surf fishing actually consists of 2 components: a claw lead and a so-called surf montage with 2 or 3 hooks. It is important to ensure that the correct lead weight is selected for the casting weight of the fishing rod. Furthermore, you should choose exactly the right hooks for the right fish.

In the surf you need one thing above all: a lot of weight! The best leads have proven to be good claw leads, preferably with foldable claws, these have the advantage that you get caught in the sand. If you hit hard, the claws fold over and release the lead. The ideal claw lead for surf fishing has in my opinion between 120 and 180gr. You either buy the leads in the Netherlands at the fishing shop or beforehand at Amazon:

The second important part is the assembly, the so-called surf leader :

In Holland 2-3 armed surf rigs are allowed, the best catch is a standard butt rake with or without pearls. I didn’t notice any differences in the individual assemblies, the main thing is that the hook is not too small and it is a fish hook, you can catch everything with it: cod, sea bass, whiting and butte.

A fair offer, if you would like to have a few more, is available here in the following link, alternatively buy on site in the store (standard price 1.80 € to 2.20 €):