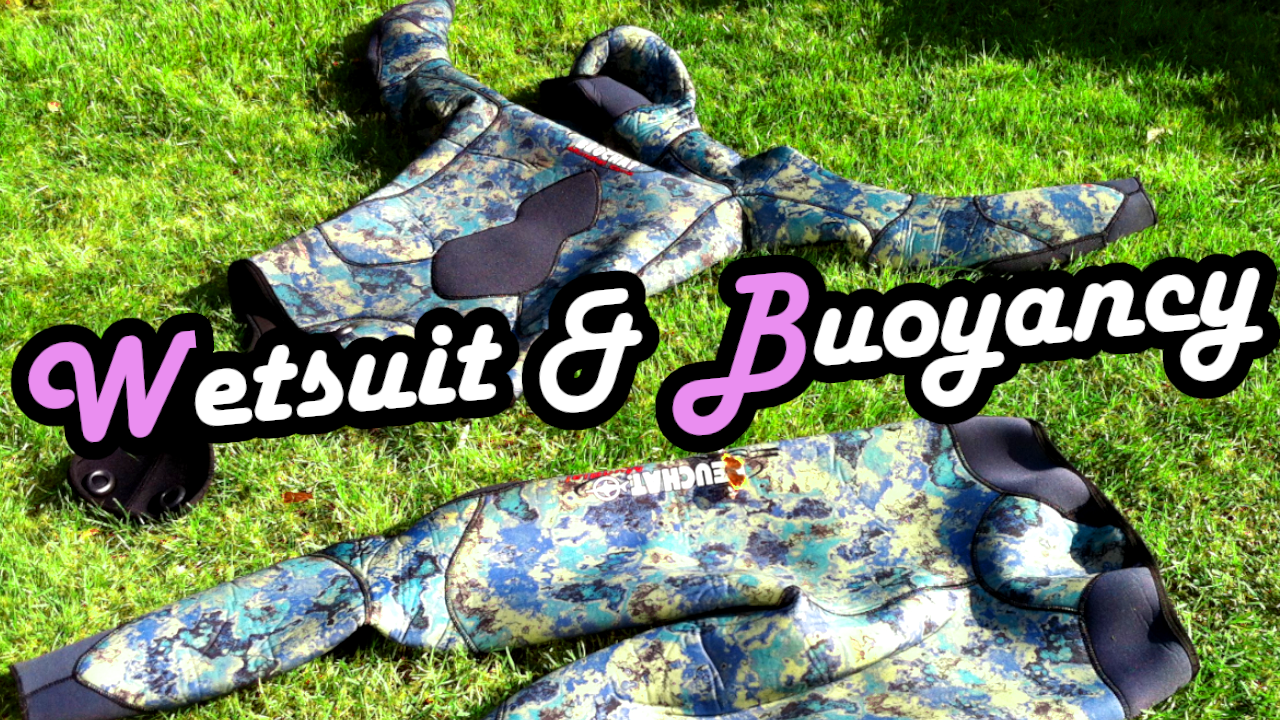 The reason why we carry diver lead during freediving (Apnea Diving) and spearfishing is that we have to compensate the extra buoyancy caused by the thickness of our wetsuit.

The colder the water, the thicker a wetsuit must be to minimize warmth loss. More neoprene means more diving weight we have to carry against the buoyancy.

Focus of this blog will be how the buoyancy behavior of a neoprene diving suit is changing. The higher the pressure increases with increasing depth, the more the suit (the air bubbles contained in the neoprene) is compressed. The warmth isolation ability decreases, as well as the buoyancy. In short words, the deeper you get the more the buoyancy of the wetsuit decreases. The thicker the suit (7-9mm) the more noticeable this effect is.

With a 9mm suit you need at least 7-8 kg of lead for a neutral buoyancy at about 10m. If the suit is thinner (5mm) you only need 4-5kg of lead. If you have a wetsuit for warm water (around 3 mm) so often enough 2-3 kg diverlead to get to a neutral buoyancy. This is of course always dependent on body weight and especially on body fat percentage and size. And here comes the critical point. The deeper we get, the lower the buoyancy, the thicker the suit, the more abrupt the effect hits in that the buoyancy becomes more negative than a positive uplift. Short said the lower you go the faster you sink. This freefall is only recommended for experienced freedivers and spearfishers, as it starts only in a greater depth. This is a lot to look after when you search for the best spearfishing wetsuit

The difference in meters between a positive and a negative buoyancy is very small in a thicker suit. This difference is the dangerous, because it means to be sure to be buoyant compared to completely over leaded. With a 9mm suit you get into the freefall much faster than with a thin 3mm suit. The reason for this can be found in the following law.

On the surface, the suit has a high buoyancy due to its thickness. We try to compensate for this by using a lot of lead so that it is possible to dive the first 5 meters. If the buoyancy is increased of course, there is more lead needed, which pulls you down. Boyle Mariottes law states that a gas due to its compressibility reduces its volume with increasing pressure. Simply to the point, at a depth of 10 meters, a gas has only half of its volume, since the ambient pressure doubles (every 10 meters around a bar). that means if the gas now has only half of the volume, it also has only half of its buoyancy. The lead and thus the downward pulling force remains however equally heavy.

Thicker suit = more volume loss because more suit volume = more loss of buoyancy and much more lead needed. This leads to a faster change between positive and negative buoyancy.

The moral of the story?You have to be very alert and conservative, when it comes to diving deep in thick suits. Your lift control is influenced much more than you think.

Now only one thing remains to be wished: dive safely and with joy! See you underwater.

This is about how to properly wear a wetsuit, take it off. How to glue and repair wetsuit. Furthermore, many good tips on how the buoyancy of the neoprene can be changed and how the pressure equilazation in the neoprene suit works better.